How many times have you received the following email:

If you are ever forced by a thief or someone to take money out of an ATM machine , enter your PIN number reversed. So if your number is 1254, enter 4521.
The ATM machine will give you your money, but will automatically recognize this as a plea for help and will alert the police, unknown to the thief.
This option is in all ATM machines , but not many people know this.
Please pass this information on to others. No harm in keeping this in mind!!
BE CAREFUL, BE SAFE…

Now, this sounds very good, doesn’t it? But guess what? IT IS NOT TRUE! What irks me though, is that it was forwarded to me by none other than my “Relationship Manager” in my bank in India — Axis Bank. When I mailed him back asking for confirmation that Axis Bank was offering this service, there was no answer. His unsolicited marketing and other stupid emails continued though. It is so hard to get some emailers off your back. 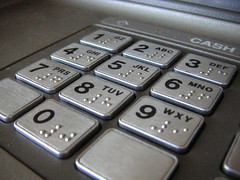 Think about it. How would this work? Let us see. With the robber breathing down your neck, with a knife or a pistol poking you ribs, you enter your pin as 4521 instead of 1254. Does this dial some kind of a 911 (or 100 as used in India)? What happens then? The thanedar (police station chief) in the nearby police station just comes rushing to rescue you and handcuff the robber? Now, are the ATMs wired that way, and more importantly, are the police stations wired that way? Can Axis Bank assure me that this service will be available at all their ATMs? How about this one, pictured below? 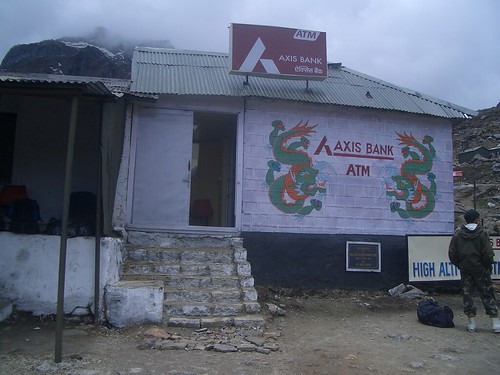 What if you have a palindromic PIN, something like 1881 that is same forwards and backwards? Shouldn’t banks be warning us not to choose such PINs?
Based on what I have found upon searching the internet, do not rely on this trick to catch the robber who is asking you to withdraw money from an ATM at gunpoint.
According to wikipedia and several other sites on the internet, the concept of reverse pin was invented by a gentleman named Zingher, but was never approved by lawmakers and banks. Until such a thing is approved, and implemented, let us stop forwarding such emails.